It was a frustrating afternoon at Plainmoor against a resilient Sutton side, as Torquay suffered back to back defeats in all competitions. An injury struck United side struggled to find any real momentum or quality on a cold afternoon in the South West.

El Brettico started at a fast pace with Torquay making the early running and coming close to taking the lead. A great chance for Matt Buse came, but he couldn’t steer his header goal-bound. The gulls also came close with Niate from a corner but it was blocked by the away side. Then, of course, on 12 minutes Sutton took the lead. Forward David Ajiboye sailed through the Torquay back line with ease and coolly slotted past Covolan.

Torquay responded just after the half hour mark, as Jamie Reid brilliantly played in Ben Wynter whose smart finish levelled it up.

The second half was very poor from the yellows. They never got going and there was a real lack of quality, with the mounting injury list really showing its impact. Sutton had the better of the chances and made it count as on the 69th minute. A long ball was missed by everyone, and midfielder Harry Beautyman easily walked through the defence to score past Covolan. United made a late go of getting an equaliser but it wasn’t to be. Duku had a good chance late on but could only fire it into the keeper.

Lucas Covolan – 5: Should have done better with both Sutton goals. Kept slowing the play down and his distribution wasn’t great.

Jean Niate – 5: Seemed to be rusty after a spell out of the team. Caught in possession and didn’t shine defensively.

Robbie Cundy – 6:  Very much the same as Niate, not good enough. I don’t think the formation change helped though.

Kyle Cameron – 6: Probably the best of the back three but far from convincing. Frustrating with his distribution as it seems the long ball is his only option. This is by no means is that a bad thing but it’s becoming far too predictable.

Ramarni Medford-Smith – 6: Didn’t seem to do much wrong and made some strong runs forward, but didn’t make any huge impact on the game.

Matt Buse – 6: Frustrating one for the youngster. He started well but with Vincent coming off early, he looked lost with too much to do. Not helped by having no recognised natural midfielder with him.

Frank Vincent – 5: Tried to dictate midfield before getting injured.

Ben Whitfield – 7: Never stopped trying to push forward, but lacked his usual bit of quality. Slightly new role for him today in a midfield three.

Saikou Janneh – 6: Worked hard but no real quality and seemed to get lost.

Jamie Reid – 6: See above. Seemed to carry an injury, so not his usual self.

Manny Duku – 4: Should have scored.

FT 2-1 to Sutton. Bad day at the office, 3-5-2 really didn’t work today. Reidy fed off scraps all game and the defence looked shakier than usual. Another couple injuries to join the physio room as well 😖 #tufc pic.twitter.com/4SkbBluVtY

Man of the Match: Ben Wynter

Ben Wynter didn’t put a foot wrong all day. One of our best players and arguably the most consistent player in the squad. Frequently started attacking moves on the right and managed well without Kalala in his usual position in front of him. Took his goal brilliantly too.

The 3-5-2 we started with didn’t work. The game stunk of Owers, not enough creativity from the wings and the back three being disorientated. 4-4-2 next week please Gary.

Sutton were professional today. Far from spectacular, but they kept their shape and were good value for the win. They were fortunate to be up against a United team thin on numbers, though. They were far better than the table suggests and should be fine.

Don’t think he was great and I don’t think he consulted his assistants once all game. Missed a debatable call in the build-up to the second Sutton goal too.

Buse missing a great chance early on set the tone for the afternoon. He wasn’t bad today, but he should have scored early on. Had his header beaten the keeper I think the game would have gone another way. If you want to win promotion, you have to take your chances and today we didn’t.

Today proved what a pivotal role Jake Andrews will play to our season. Without him in the team we lost a lot of consistency and creativity. I’d love to see a stat into the percentage of goals he’s involved in. We were short in midfield today which led to a formation change. It didn’t work and we missed Jake.

We need key men back as soon as possible. Today showed how much of a miss Asa, Armani and Jake are, not to mention the Lemon! Today was a good wake-up call, I fully expect us to get back to winning ways next week. Three points off the top and there’s a long way to go yet. COYY

Very frustrating afternoon just got to dust ourselves off and go again next weekend. Hard weeks work coming up!💪🏻⚽️ 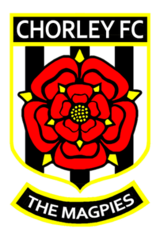