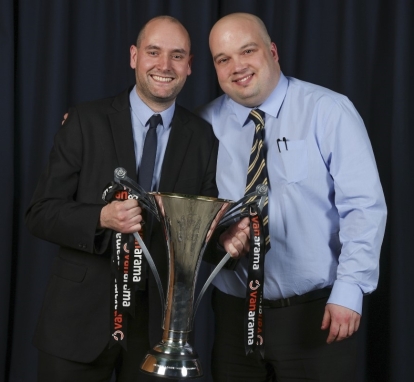 Hi Dom, so how is the new job role going?

I’m loving it! I just feel very lucky to be working for the club I support, and I’m particularly honoured to have been given this new role as Media/Supporter Liaison Co-Ordinator. It’s a really important role for any football club, and I won’t be taking it lightly, that’s for sure!

How long have you supported the Gulls, what are your fondest TUFC memories and who are your favourite ever players?

My first game was a pre-season friendly against Middlesborough in July 1994, although I didn’t actually became a full-fledged Gulls fan until some two years later. Some of my ‘favourite’ players are ones that I look back fondly upon as I grew up with them, such as Paul Baker and David Graham. You can’t look past the class of 2019 either though, what a team – any side that delivers the club their first league title in over 90 years has got to be pretty special!

How long have you worked at the club and what tasks have you done since starting?

I’ve fulfilled various different roles at the club since 2004, when I began working match days on the turnstiles. In 2007 I was fortunate enough to be appointed as Stadium Announcer alongside Pete Wiley, and I ended up doing that for the next decade! During that time, I’ve also fulfilled a number of media duties, which was all done on a voluntary basis, until I became a full-time member of staff in January this year.

What are the best things about working for the club you support?

I think that once you embrace the fact that you’re unlikely to make a first-team appearance (you have my number, Gaffer!), then the dream is to work for the club you love. One of the best aspects is that it’s such a varied role – no two days are the same here at Plainmoor! It’s great collaborating with my colleagues on the media side, but I also really enjoy interacting and assisting supporters, particularly on matchdays.

What are your first objectives in your new job role and how will you achieve them?

Obviously my role has two distinct areas. Regarding the Supporter Liaison role, my main objective is to make myself an approachable contact for supporters, so that they feel able to communicate with the club, and raise any queries or concerns they may have. A few examples on interactions I’ve had with supporters already is helping promote Jordan Grimes’ amazing London Marathon in aid of the Teenage Cancer Trust, and also helping to liaise with Kev Seal, another massive Gulls fan who brought his U-11 side down to be ball boys for the Harrogate fixture.

#tufc fan Jordan Grimes will be running the 2020 London Marathon on in aid of @TeenageCancer.

Anyone wishing to pledge towards this worthy cause can do so via a link on Jordan's Twitter / Instagram accounts: @mrjordangrimes

Best of luck Jordan, from everybody at Torquay United! pic.twitter.com/oSzCem96FN

What is your message to supporters who have been frustrated by the club’s communications?

On the media side, we are always looking to constantly improve, and I think we as a club have made great strides in recent times regarding the website and social media, and also 1899 matchday magazine. On Instagram, we’ve also recently been providing fans with exclusive coverage direct from the training ground. Another example of this would be when the club was advised that no radio station would be broadcasting our matches during our spell in National League South, with the club responding by stepping in to provide its own in-house solution with TUFC Radio. If any supporters have any suggestions, then please do get in touch with me!

The Yellow Army have been confused by this new supporters club announcement, tell us a bit more about this project and how will you be involved?

A lot of consideration has gone into the planning of having an official supporters club, and the recent announcement is obviously just the beginning. There will be a lot more to follow on this. The first thing to make clear though, is that my role will be purely to act as a communication channel between the TUSC and the club, so neither myself or any employee at the club will be involved in any of the decision-making. The supporters club will be run independently by fans, for fans, and having official status will enable the supporters club to build a strong relationship with the football club itself, which can again, only benefit our supporters.

Will the supporters club work alongside the trust and how would you describe the relationship between TUST and TUFC?

The supporters club will be independently run with elected members, so the TUSC will work with all parties for the benefit of the football club. I envisage them having a close working relationships with everyone from TUST, the Community Sports Trust, JPL – anyone with a vested interest in the club, and again these relationships will be built up by the board.

How have things changed behind the scenes in recent times at TUFC?

Having only joined the club in January, I can only comment on what I have seen during my time here, and I have been greatly impressed by the ambition and professionalism shown by everyone at every level. George Edwards and Mel Hayman demand the best from the team behind the scenes, in the same way Gary demands from his team out on the pitch. It’s a happy place to work at the moment, with everyone working together and supporting each other.

As a supporter and employee how well placed do you think the club are to push on and get back in the league?

Everyone from the board down is looking to get this club back up through the leagues, and we really feel that we are on a journey together. I think there is no doubt that the club have made huge strides towards achieving that goal during the past twelve months, both on and off the field. On the pitch, I think we’ve made a good start, and have already seen what this squad is capable of on a number of occasions. A number of people have said that this club really feels like an EFL club in waiting again, and everybody is 100% focused on doing everything possible to achieve that.

And finally, what’s Gary Johnson been like to work with and how optimistic are you for the season ahead?

I’ve really enjoyed working with The Gaffer, the difference he has made to the quality of the team on the pitch cannot be under-estimated. As far as I am concerned, this team could not be in better hands. What a terrific appointment by the board he has turned out to be!

You can reach Dom on: yellowarmy@torquayunited.com 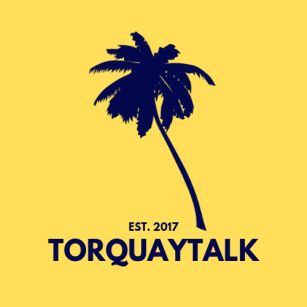