“The owners seem intent on building a club rather than just a team, and aren’t looking for overnight success“

The opposition interview series reaches number 12, as @9men step up to answer our questions on the Daggers:

Hi there, welcome back to the TT q&a! Tell us a bit about yourself and your support for the Daggers?

I’ve been a Dagger since 1996. As a kid, I always wanted to go to watch the First Division teams that we saw on the TV, and my first trip to watch the Daggers was more of a trial before my dad forked out for top-flight football. Despite our relegation in that first season I loved the whole experience, and I never wanted to go anywhere else. Even the smell of the place was part of the magic – Deep Heat emanated from the old changing rooms as you walked through the car park, and burnt onions from the tea bar filled the air on the terraces!

My dad has actually been a fairly regular visitor to Victoria Road since the 50s, so my fate was probably already sealed before I attended a match!

The last time we spoke the club were in financial difficulties, what’s the current situation like?

Thankfully, our financial situation has been stabilised, mainly thanks to our new owners. Last time around, Glyn Hopkin had just withdrawn his short-lived financial support and we were trying to offload players to anybody who would take them. It was a strange season, as we’d injected cash into the playing budget but with very little corresponding improvement on the pitch. I don’t think anybody was hugely concerned by the clear-out that followed.

However, we probably under-estimated quite how bad things were going to get. Peter Taylor came in as manager before the start of last season, and put together a squad of young players that, in truth, were out of their depth despite a tremendous work ethic. I’m not sure how that playing budget compared to other teams in the league, but I don’t think anyone was expecting us to be quite so poor. We were on course to get relegated had the new owners not come along mid-way through the season, and brought in 3 quality players that turned our fortunes around.

This summer we’ve raised our sights a bit, and signed some very good players, some promising players, although we did lose our centre forward Wilkinson to Orient. The owners seem intent on building a club rather than just a team, and aren’t looking for overnight success. The improvements made around the stadium and clubhouse are very welcome.

What were your expectations heading into 19-20?

Well, the owners probably made a rod for their own back by stating that promotion was the aim! I do wonder if they under-estimated just how hard that would be, and I think many of us were expecting a season of upper mid-table consolidation when reflecting on our summer transfer business. As mentioned, we’ve signed some good players, but people were sceptical by the departure of a player of Wilkinson’s ability with no proven replacement coming in. I do wonder if we signed too many players of similar ability rather than a mixture of first-team certainties and ones for the future. Personally, I was expecting mid-table obscurity but anyone can win this league, just look at Orient!

How’s your recent form been heading into the game at Plainmoor?

We’ve picked up a lot recently after a shaky start. Throughout the opening games we’ve looked shaky at the back, but initially we were also struggling for goals. Now, we seem capable of scoring at any time and we’re managing to put some wins on the board. After many, many different line-ups and systems, we seem to have stumbled across our best 12 or 13 players and keeping them relatively settled will be key. We are probably susceptible from set-pieces and we always have a mistake around the corner even when we’re under no pressure, but I am confident our attacking players will score enough goals.

What’s been your highlights so far this season?

We were very, very good in beating Hartlepool 3-1 last week and our attacking performance in that game was great to watch. We also scored 3 at home to Yeovil a few weeks ago, and dominated at Maidenhead which should have yielded more than a single goal win. Another highlight has to be our only clean sheet of the season, which was picked up in that game! It seems that we are growing into the season, and players are starting to get used to playing with each other.

It’s very difficult to narrow down at this stage, as many different players have contributed big performances in different games. You’d have to say that our goalkeeper Elliot Justham has been the best performer overall so far, despite the number of goals conceded. He’s made some outrageous saves in 2 or 3 matches already. Up front, Angelo Balanta is the one who makes everything happen. He has a wonderful touch and his inter-play with the other attacking players is key for us. If he doesn’t play well, generally we don’t play well.

Peter Taylor is into his second season with us. He has got something of a reputation with our supporters of being very unpredictable with regards to system and personnel – we’ve played 433, 442 and 532 so far this season, and some players have played in as many as 4 different positions! The last few matches though have seen a return to a more conventional 442, with Balanta dropping back from the front two to help when needed.

We like to play football but we aren’t afraid to mix it up and go longer into the channels for our quicker players, or knocking it up to target man Quigley. Recently, playing balls into Quigley with the quality of his hold-up play have given us that platform to get into the opposition half and create interplay between the forwards. Our wingers Dobson and Luque like to cut inside and overload the middle, but they do have good delivery too. We have lots of avenues of attack with the current XI, so we are capable of dealing with different challenges.

Will you bring many supporters down to Torquay?

I would hope that our following is better than last time, due to recent results and the time of year. Maybe 110?

The NL appears to be a very open division, who are your tips for promotion?

Who knows! I can tell you that my tips before the season certainly wouldn’t have included Woking or Halifax! Bromley were a lot of peoples dark horses, but I think they’ll fall away during the winter months – they have quite a few injury prone players and a lot of players that might struggle on the heavier pitches.

I don’t think anyone expected Fylde and Solihull to start so badly, but I think they have plenty of quality and will start to climb the table. As much as it pains me, Barnet might have a good chance this year.

And finally, what is your match prediction for Saturday?

Torquay seem to have acquitted themselves very well and obviously have a very astute manager. It’s very difficult to read much into results because there have been many unexpected score-lines. I think it will be 1-1.

Episode1 10 is now live! This week we bring you analysis of the Chesterfield loss, plus we read out and consider your excellent controversial opinions. #tufc

Here we are on Spotify:https://t.co/14ouQHybfu 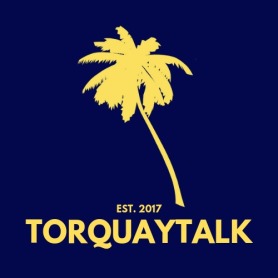