The season has started and there is no shortage of talking points from our first two fixtures. Last Saturday was a day to get back into the swing of things, and like any other member of the yellow army I was primed and ready for action – ‘just get me to the Gulls Nest asap’ was the name of the day! People to meet and beers to be supped. Unfortunately it turned out to be a bittersweet afternoon on Bristow’s. Like many others myself and Rich enjoy the banter with the people who are perched around us, and we were informed on arrival that one of those gentlemen Peter had passed away over the summer.

I won’t go into the circumstances, but we were shell-shocked at the news and it really took the edge off the match itself such was the unwelcome surprise. Peter was a typical Bristow’s die-hard supporter. Never missing a game in rain or shine, however well the team had been performing, and always sat behind us ready to support the lads from August to April. Always there way before the kick-off, ultra-quick to make an incisive comment, tap me on the shoulder with a wise observation on the action or shout “SHOOOOT” at an opportune moment – he was a great bloke to share a game with and will be sorely missed by all.

I recently answered the call of the Non-League Paper to discuss United (I’ll do anything to get in print) – one of their questions was “What’s the best thing about the match day experience at Plainmoor?” My response: “The best thing is seeing the familiar faces you only see at football and the banter a game brings, whether you are winning or not!” That Q&A sprang to mind as I digested the sad news. Our group has sat together through the hard times in recent years but always found entertainment and laughter (plus chocolate and cakes) in amongst the misery. It’s the yellow army that makes United such a special club after all and sharing moments together..good and bad. 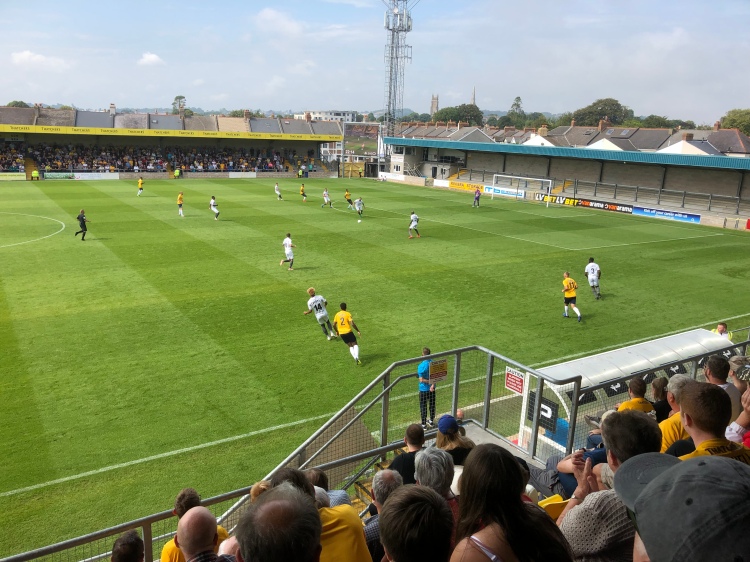 Anyway sorry to start on a sombre note, now onto footballing matters…oh dear they have been sombre this week as well! We were fortunate to see off Boreham on Saturday (a team I’d expect to challenge in the top half of the NL), so travelling to the Solihull game I was cautious at what we could achieve, especially considering how strong Moors looked on paper. In the end I was right to be cautious as the game was prised away from us before we’d even got going, and some surprising selections from Gary J failed to pay dividends. Well even the great man makes mistakes occasionally doesn’t he!

As Karl Standeven rightly remarked in his match verdict, (he was dreading doing it but make more than a decent fist of the job!) there is no need to press the panic button just yet! The fixture was always going to be a testing one and I don’t think many teams will leave Damson Park with 3 points this season. It’s also only the second game of the season and we are a young team new to the division, trying to find our feet. With social media, every defeat feels like the end of the world and debate runs into over-time – it’s just the way things work at any level and that won’t alter.

I’m certainly not massively worried about TUFC and what this means for the rest of the season. But there are some concerns that need addressing, with GJ right to castigate the players for a totally inept performance. The whole side appeared passive and lacking energy compared to Moors who bossed proceedings from the off – with Jamey Osborne in their midfield looking very impressive. It was even more miserable for me as I was on TT tweeting duty with the updates! Last season we often started slowly then bossed the game with our superior fitness as the 90 minutes wore on, we cannot do the same in this division and get away with it.

Inserting young Joe Lewis into the first XI to defend against the Moors muscular approach would appear to make sense, but the Swansea man didn’t have the mobility to mark the winger and stop the crosses coming in. I felt sorry for Joe as he didn’t have any answer for their attacking purpose and with Ruairi very quiet in front of him, our left-hand side was a real weak point for Moors to exploit. Liam Davis cannot come back soon enough – his poise in defence and overlap going forward has been properly missed in both games. In the meantime our lack of defensive options is a concern, only five senior defenders (Cam, Niate, Davis, Wynter and Lewis) is not enough I’d say – even if you have the experienced options of Asa and Dickson (when fit) to call upon.

Defensively I’ve been banging a “get an experienced centre back in” drum for much of the summer, and I stand by that drum (not literally)! Jean Niate has been pin-pointed by many as weak-link over the summer and so far this season he hasn’t really proven otherwise. I like the big man, he wants to take responsibility and clearly loves being at the club. Unfortunately at NL level he’s coming up against better players; players who are quicker onto the ball, physically stronger and cleverer with their movement. Against Boreham, Jean had a bit of a mare to be honest and whilst him and Cam did do ok(ish) against McCallum and Blissett, it was still very nervy at the back. Hopefully these teething issues can be rectified, but the prospect of Asa dropping back into the back four looms large I’d say, which doesn’t exactly fill me with excitement! (Hargreaves circa 2009 comes to mine!).

And finally upfront remains a work-in-progress project for Reidy and Duku. The jury is very much out on Manny. Replacing someone as sharp and popular as Saikou is a difficult job, such was his impact last season. Don’t forget though that the Bristol City man started slowly in a United shirt before illuminating proceedings, so keep an open mind I’d say. From what I’ve seen Manny’s work-rate is there and his movement is ok. He falls in between types as a striker – not a big target man (he hasn’t won many headers yet) who can push around centre backs and not a nippy small striker who’ll frighten the opposition with his pace. Him and Reidy don’t appear to be natural partners, but that doesn’t mean it won’t eventually come together. Patience could be key on this one.

So there is issues to be sorted and quickly, as Bromley FC await on Saturday afternoon at Hayes Lane. One of the main things for me is to be positive and have a go this weekend. Defensively we’ve been shaky, but even during our pitiful performance in the Midlands we still created chances – so there’s no reason we can’t bag at least a couple of goals. Starting Kalvin Kalala would help. I understood GJ’s apprehension to begin with KLK on Tuesday night, as the attacker isn’t great at helping out at the back…but what he brings to the team up the other end is a must have. His link-up with Reidy, mazy dribbles and the ability to bang one in from 20 yards can change a game in the blink of an eye. A definite starter for me in every fixture.

A draw would be ok. Sounds negative I guess but losing two in a row would be a kick in the teeth and whilst the squad knits together, we may have to scrap for points where we can get them. To take all three points, a vast improvement in numerous areas would be required – but if anyone can make that happen it’s GJ. Get behind the lads again, the support at Moors was understandably frustrated as the goals went in – but a second half rally to make noise was fantastic! Song after song ensued, and even the team improved briefly – only to be denied by the nicely named ‘Mr Boot’ in goal who responded to our attempts by turning into David De Gea (before he became dodgy!!). And why can’t we take penalties? Why do they always go bottom right? Asking for a friend!

FINAL WORD: The TorquayTalk Podcast has now moved onto episode four as the boys settle in nicely. It even included a Shakespeare-related moment this week but don’t let that put you off! They are looking for 10 word match summaries (I talk too much to be successful at that one!) and MOTM votes (Tuesday is null and void for me) to discuss on the pod, so get involved if you have time. See below for the link to this week’s episode. Also check out a new TUFC-related collection from @SubbuteoStyle (see below) – I requested United options and he has delivered – lovely stuff. As for the football, stick behind this team – patience may be involved and we’ll lose games here or there…but WE CAN be contenders.

Good morning! Episode 4 of the Torquaytalk Podcast is now live. This week we discuss Boreham Wood (h), we preview Solihull and Bromley (a) and we read out your 10 word match reports. Please be sure to rate, review and subscribe! https://t.co/moABGtz3ai 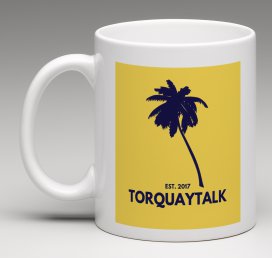