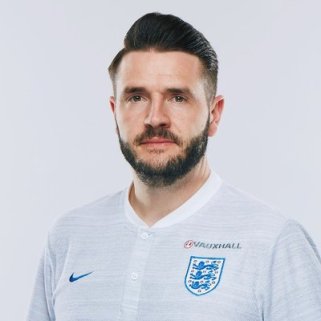 TT – Hi Andy thanks for responding to my tweet! Before we go on, tell us a bit about yourself and how long have you supported Moors?

AW – Well, as I’m sure your readers will know, Solihull Moors are the result of a 2007 merger between Solihull Borough and Moor Green. Back in the 2003/04 season and fresh out of uni, I was the programme editor for the Borough before landing a gig as sports editor on the Solihull News. As well as having a best mate playing for Moor Green at the time, that role saw me cover both clubs up until I broke news of that merger midway through the 2006/07 campaign.

I’ve closely followed the club since then but was head of media and communications at Birmingham City between 2010 and 2014 which meant I struggled to get to as many games as I liked due to work commitments. However, I left for a role with The FA towards the end of 2014 which freed up my weekends to get back down The Moors and initially started helping the club with their media output on a voluntary basis.

Moors just missed out on promotion last season, what were the key ingredients to your success?

I think it was a combination of three things – under-estimation, playing style and togetherness. We’d just missed out on relegation the season before so nobody would have given us a chance to get anywhere near the promotion places. As a result, I think we surprised a few opponents in the first part of the season and, even when teams started to see us as a real promotion contender, many couldn’t handle our direct, physical playing style. That momentum and sense of being an underdog only brought the players and fans closer together and created a spirit that, at times, felt unbeatable.

How’s pre-season gone for Moors and are you feeling optimistic for 19-20?

Pre-season has gone very well and you can’t help but feel optimistic for the season ahead. The new ownership are really starting to make an impact ahead of their second season at the helm – significant improvements at the SportNation.bet Stadium (The Automated Technology Group Stadium in old money and Damson Park in even older money), a new contract for Tim Flowers and some decent summer signings means there’s a real feelgood factor around the place.

Have the club been busy in the transfer market and which incomings stand out for you?

Yes, as well as dishing out a few new contracts to existing members of the squad, we’ve brought in four over the summer (although young Ben Usher-Shipway went straight out on loan to Alvechurch). The acquisition of striker Paul McCallum from Eastleigh raised a few eyebrows but from a personal perspective, I’m delighted to have Mitch Hancox at the club. I know Mitch well from my time working with him at Birmingham City and there’s always been a sense of inevitability that he’d join his hometown club one day. He was vastly underused at MK Dons last season so I feel it’s something of a cue for Moors to persuade him to drop down a level. You’ll get nothing but 100% commitment from Mitch and he looks set to play a more attacking role than the left-back berth that Birmingham fans will be familiar with.

Which players should we look out for on Tuesday night and why?

Darren Carter is a seasoned campaigner and his deliveries are not very often off the mark so the sight of Liam Daly and Alex Gudger coming forward for corners will strike fear into any side this season. Matt Stenson has stood out as one of our more dangerous players during pre-season, while it still amazes me that Jamey Osbourne is not playing a few levels above (although I don’t like to say that too loud).

The big lad made a significant impact when he arrived last season and gave us a real shot in the arm during the second half of the season by reaching double figures in terms of goals. It remains to be seen how much actual game time he’ll get this season but he’s a useful option either as a lone striker or out wide.

Tim Flowers’ record speaks for itself. He was Mark Yates’ right-hand man during our great escape season and took us on to a new level last year so a new contract through to 2022 over the summer was well deserved. We’re a side built on solid foundations with a direct, physical style but more than capable of playing it around a bit with the talent at our disposal.

What’s Damson Park like for visiting supporters and how’s the atmosphere at games?

You’ll have to ask me again after Tuesday night. The stadium has undergone a significant facelift over the summer so will be a new experience even for home supporters. We introduced an official away end with bespoke bar last season so I’m sure all the travelling Gulls will be looked after.

The Yellow Army will travel up in numbers, where’s best for pre-match food and drinks?

Unless you have a bit of time on your hands then it’s worth just heading straight to the ground and getting refreshed from there. I’m told catering will be improved. There’s nothing within walking distance as the stadium lies in between Birmingham airport and a residential area. Solihull town centre is about a 30 to 40 minute walk and a 10 minute drive where you’ll find plenty of food and drink options.

Who do you expect to be challenging at the top of the NL and why?

Ah, the impossible question! I think Jamey Osbourne was spot on when he said during a recent interview that there’s no stand out side and 10 or 11 clubs will genuinely think they have a chance to win the National League this season. AFC Fylde, Wrexham, Notts County, Chesterfield, Barnet, Dagenham, the list could go on.

And finally, give us a match prediction for this early season encounter?

Obviously I have to stick with The Moors but think it will be tight so I’ll go for 1-0. 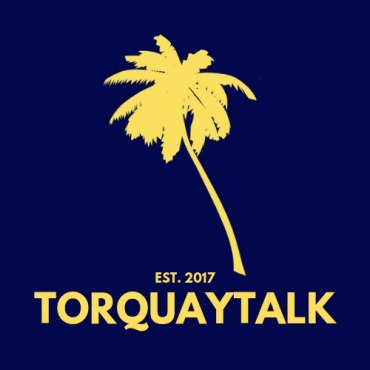