“So fast, so skilful. Be honest, you couldn’t believe we had ended up with a player this good” (Guy on Rodney Jack)

The TT Dream Team feature returns once more, as we ask TUFC supporters to choose their all-time favourite Gulls XI (plus subs and manager). Guy Henderson from the Herald Express talks us through his choices: 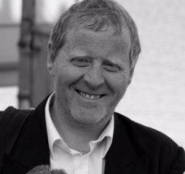 “Tough to pick a definitive all-time team. Ask me next week and I’ll probably come up with a completely different set of players”.

Mike was the first Torquay United manager I got to know. I used to interview him for his column in the Torbay News. When we were shivering on the picket line during the local journalists’ strike in the bleak midwinter of 1978, generous Mike came down and gave us the gallon bottle of whisky he had just won for being named Manager of the Month.

Tell people that he played for United and some will still say “What? THAT Neville Southall?” He’s a giant of a man, and he’s in here not only for his goalkeeping but also for his influence on the squad, helping bring the best out of the young players and the club as a whole. Remember the time Norman Medhurst had to hack away at his jersey collar to make it fit over him?

You can’t have one without the other. With the late, great Jon Gittens prompting from the back, the G-Unit marauded forward. Wing backs were all the rage then, and we had the best in the division. Gibbs was a great character, too, and not shy to give the banter back to the Pop Side when it came at him on his return to Plainmoor in an Argyle shirt.

He was on the cover of one of the first programmes I ever had – stern-faced, arms-folded, no-nonsense. He was a tower in the centre of the Gulls defence and was Torquay’s record signing when we acquired him from West Ham in 1967.

Inspirational shaven-headed hard man. Loud and lairy. Once they had been hit, clearances, headers and opposing centre forwards stayed hit.

Country singing, moustachioed Dick Edwards. Dick played for Aston Villa before coming to Plainmoor and now lives in the Midlands once more, singing in a trio with his two sons. Managed to squeeze in a summer season at Pontins while he was here.

As local as they come, Twitch played more than 400 games for the Gulls, normally operating up and down the right wing. Adored by the Pop Side, Twitch died in 2017 and is fondly remembered by anyone who saw him play

I played half a dozen games in the seven-a-side league for Kamaroons, who played in a hand-me-down Torquay United kit. They let me play in Hockadinho’s old shirt and it was the absolute pinnacle of my football career. In the old press box we used to call the centre circle ‘Hockers’ Office’, and the best moment was the day against Argyle when he left a bemused Jamie Mackie sitting on his backside in the mud, then turned and gave a grin and a thumbs-up to the bench.

The most naturally gifted player I have seen in a Gulls shirt, full stop. As good a striker of the ball as you would ever find outside the top division, and the fact that he never carved out a stellar career in the top flight was down to the fact that being in Brixham with his mates meant more to him. A genius with the ball at his feet, and a sheer joy to watch.

So fast, so skilful. Be honest, you couldn’t believe we had ended up with a player this good. To see a masterclass in blistering pace, strength, skill and finishing, watch the clips of him scoring those two goals in the play-off semi-final against Scarborough

You’d have to be some striker to keep Steve Cooper on the bench, and Dave Caldwell was just that. Extravagant at times, and a dab hand at the acrobatic scissors kick when the opportunity arose, he was a battering ram at others. He terrified Brian Kilcline at Coventry, and legend has it that when he was taken to Torbay Hospital’s casualty unit after the Scunthorpe play-off game, he found himself in the bay next to an Iron defender he had just put there.

Superb keeper who brought a big league pedigree to Plainmoor. Played more than 100 games in two spells with United.

Only fails to make my starting XI because of the Gibbs/Gurney permutation. Rock-steady full back with the ability to find a forward with a howitzer of a pass from the back line. Also a scorer of fine goals, and one against Barnet as the clock ran down sticks in the memory.

Tarzan skippered us to Wembley victory. The captain with everything, he wrote a newspaper column and two books, made a video diary for our website and even did a stint as a guest presenter on local radio.

Two strikers complete the bench, the first of them the scorer of thirty-plus goals this season, not one of them with his head. From the moment Gary Johnson arrived, Reidy was unstoppable and he grew in stature with every game.

No Torquay striker ever led the line quite like Steve Cooper. No defender ever enjoyed playing against him, and nobody ever got across his marker and flung himself at a cross quite like him.