“The team’s form has been better than the results, but key moments have frequently gone against us” 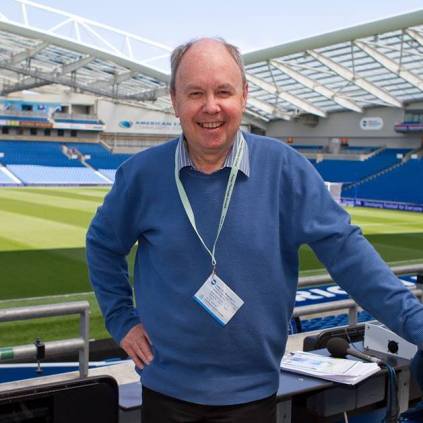 Hi Kevin, thanks for talking to us – before we discuss your team, tell us a bit about yourself and how long have you supported ‘The Sports’?

Hi Dominic – and all you Gulls.  I’m a retired schoolteacher, and a hobby sports journalist – although possibly sometimes the proper career took second place to the hobby career!  I was the “Non-League Man” on BBC Sussex for 25 years and still do bits and pieces for the Beeb. In that context, I try not to be simply a one-club man. The joy of non-league is making friendships all over the place. My home club is actually Gloucester City, but I’ve followed the Sports right through from their earliest days – in fact I played against them in their parks days! I am currently Borough’s press officer.

TUFC triumphed 4-2 at Priory Lane back in October, what are your memories of that game?

It was a splendid game in the late summer sunshine.  We matched United for most of the ninety minutes, and we maybe surprised you a little bit, but I thought TUFC edged it – not in an illegal sense – on size and physicality.

How’s the teams recent form been heading into the match at Plainmoor?

Well, the results have been catastrophic: we haven’t won since 5th January, and we’ve managed only three draws on the last half-dozen games.  The team’s form has been better than the results, but key moments have frequently gone against us.

What have your highlights and lowlights of the season so far?

We had a super start in August and September, and amongst others we played Dartford off the park twice, in the league and the trophy.  But ironically the trophy saw our most dismal performance – a 4-0 home defeat to Dorchester Town!

Which EBFC key players should we look out for on Saturday and why?

Up front Charlie Walker is fizzing – three goals in last two games – after a long injury lay-off. In midfield the ageless Sergio Torres is still a pleasure to watch, and we have a very stylish young loanee, Corey Jordan, in from AFC Bournemouth.  Remember that name.

You sit perilously close to the relegation zone, what’s been going wrong in recent months and are you confident of staying up?

Mathematically we cannot be confident, but we are determined to stay up.  We honestly are better than a bottom three place.  We play lots of football but struggled to score the goals to cap it off.

Considering the importance of the fixture, will you bring many away fans down to Torquay?

Torquay – like Eastbourne – is a great choice for a stop-over, so a fair few will be enjoying a weekend down there.  We have a loyal core of away followers, and I’d expect fifty-plus for this one.  (That’s the number, not the average age, but on the other hand….)

Tell us some interesting facts about Eastbourne Borough and their history?

We are pretty unique.  The club was formed in the late 1960s by a group of lads who wanted to stay together into adult football.  We steadily climbed through the local leagues, building in every sense.  Our highest playing level was our three seasons, from 2008, in the Conference Premier – but that was a challenge in resources and above all geographical terms.  We are utterly committed to community involvement – from an Ofsted-acclaimed nursery, through 500 youth players, to Disability Football, Walking Football, and indoor bowls!  We were proud to be named National League Community Club of the Year in 2018.

Which opposition clubs and players have impressed you most this season and why?

Ha – it’s hard to look beyond Torquay United.  We thought you might need half a season to rebuild under Gary, but you did it in about three weeks!  Beyond that, I’d say Slough Town for teamwork, Bath City for exciting football, and Dulwich Hamlet for the ultimate surreal football experience!

And finally, United will be heavy favourites this weekend to take all 3 points, but what is your match prediction?

It should really be United by two or three goals – although Borough have only lost two games all season by more than two goals.  You will be pleasantly impressed with how much football we play, but we’d be happy if we stole a point, and ecstatic with all three! That’s great Kevin and nice to hear how committed the club is to community involvement. Good luck for the rest of the season in beating the drop. Dom