A classic matchup, top vs. bottom, and Torquay had a ‘Weston’. Coming off the back of a narrow win away at another struggling team, East Thurrock, the Gulls looked to make it three wins out of three against the Seagulls. 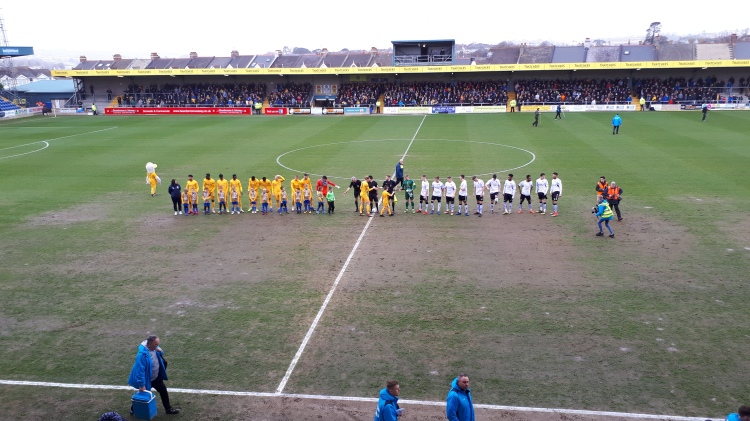 It was a laboured start for Torquay, Weston were lively from the get go, and it took only nine minutes for Seagulls’ Gethyn Hill to capitalise on a poor error from Niate to put the visitors ahead. Frustratingly, there wasn’t much of an instant reaction to that goal from the yellows. The only chance of a threat was coming from Kalvin Kalala, there were a few times he beat his man on the right hand side and nearly got that golden chance. Weston really made the most of their one goal advantage with some horrendous time wasting, most noticeably from their keeper; however the ref was having none of it. Queue a half-time dressing down from the gaffer.

I was surprised there were no changes during interval. Ruairi Keating, hero of Tuesday, spent the entire break inside the dressing room and I was expecting his number to be held up, however the team stayed the same. Torquay started the second half strong, Johnson’s words must have still been ringing in their ears. There was chance after chance; Janneh, Reid, and Hall all coming close to finding the equaliser. With twenty minutes to go, Janneh was brought down in the box and the ref pointed to the spot. Reid stepped up and slotted the ball into the bottom left, sending the keeper the wrong way. One a piece with twenty minutes to go, all of the signs were there for Torquay to capitalise and steal all three points. Asa and Connor both came close, Ruairi was on for Andrews, and without throwing in too many clichés, United threw the kitchen sink at it. However, with only minutes to play, Alex Bray got hold of the ball in his own half on the left-wing, and sprinted down the pitch. Lemonheigh-Evans tried a half-hearted attempt to stop him, but Bray went all the way and calmly place the ball into MacDonalds net. Plainmoor was stunned. 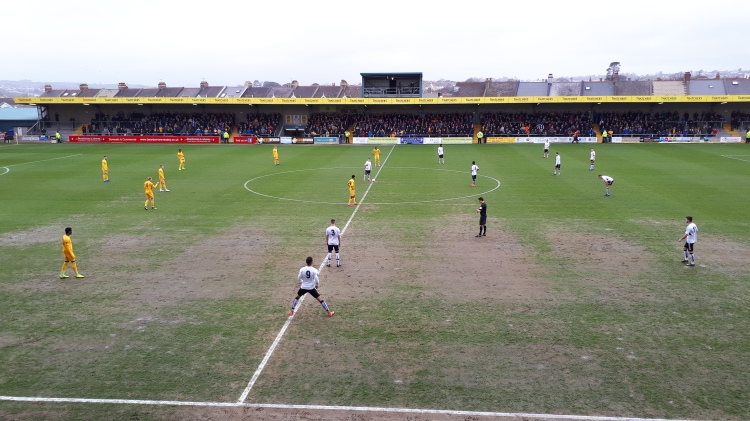 MacDonald – 6 – Made a couple of good saves early on. For me however, he could and probably should have done better for their second.

Wynter – 5 – Not good enough from Ben today and that is almost a credit to how good he has been in recent weeks. Okay going forward but not enough from the right back defensively today.

Cameron – 6 – Just not up to his usual very high standards. Was it because he’s had two weeks off? I hope so.

Niate – 5 – At fault for the first goal, and didn’t seem as solid as he usually does.

Davis – 6 – Similar to Wynts really, not a ‘bad’ performance, but not the standards we’re so regularly accustomed to.

Kalala – 7.5 – Best attacking threat during the game and was brilliant again on the right and effortlessly beats players – yesterday on occasions he let himself down with his final end product.

Andrews – 5 – Almost anonymous during large parts of the game. When we play well, he’s absolutely terrific, but on a down day he really can get lost out wide. I personally think this is down to when the midfielders aren’t up to their usual standards.

Reid – 7 – Seemed to do everything right apart from score from open play. Great work-rate and created a lot of chances, plus wasn’t afraid to shoot. Great penalty again.

Janneh – 6 – Not a bad game but not a great game, won the penalty and created some decent opportunites. Saikou’s movement just wasn’t what it normally is.

Keating – 5 – Struggled to get involved on arrival as the Gulls looked desperately for a spark.

FT 1-2. Every aspect of this game has been frustrating. Poor performance from United against a very determined and physical WSM side. Massive response needed on Tuesday.

Man of the Match: Kalvin Kalala

Kalvin was brilliant for me. As I’ve already said, he just glides past his man and always looks like he can create something. In the first half he was the only Torquay player who was playing with an attacking mindset, but he just didn’t quite get it right with his end product. In the second half he almost became a third striker in Torquay’s desperate attempt to find an equaliser.

Janneh and Reidy had the touch and control outside the box to help create chances, but apart from the penalty not the composure in the box to win us the game.

Torquay lined up in their familiar 4-4-2, with Kyle Cameron returning in place of Jamie Sendles-White. These tactics have worked almost every game for GJ, but I still have a couple of concerns, mostly the same as I’ve had from day dot this season – we have no Plan B up front. Yesterday we were screaming out for a big target man to come on, and that isn’t the first time I’ve said that this season. My other reservation is that Jake Andrews isn’t a winger, he plays well more often than not, but on occasions, such as yesterday, he does get lost on the wing.

I’ve got to say Weston’s first goal killed the game off early on. Once that was scored, constant delaying tactics made it tough for United to get anything going in the first half. And despite the chances, it’s always a tough ask to find two goals in 45 minutes and win a game.

I said this about the Bath team, and I’ll say it again, Torquay got a lesson in how to s’h*thouse’ a win this weekend (excuse my language). They got an early goal and made the most of it. Some really poor time-wasting and a goalie that is part of the Graham Stack club of keepers who know how to buy time and avoid bookings. I never like saying this, but I would enjoy watching Weston really struggle for the rest of the season. Sorry. 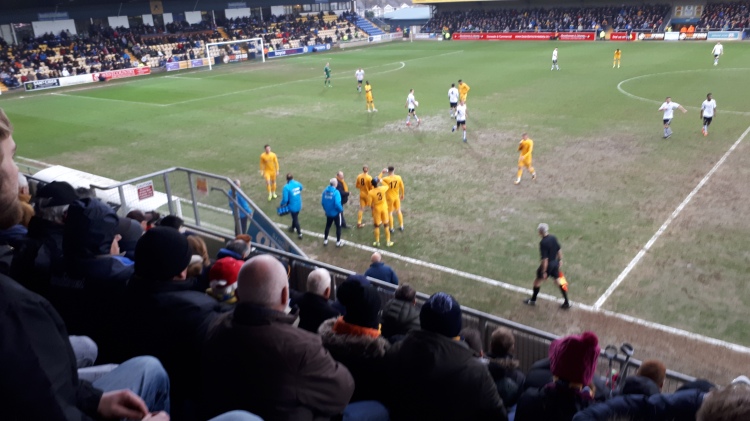 Poor. Poor. Poor. I sincerely hope that the referee and his officials get a stern slap on the wrist after that farce of a performance. He should have booked the Weston goalie. The ref was far too whistle happy and seemed to give Weston pretty much every decision. Terrible advert for non-league refereeing.

Before I start this – I rate Connor as one of our best players, but yesterday he showed the frustrating side to his game. I often think, and I’ve said it a few times now, he tries to do a bit too much. At times he runs into trouble and an attack will break down. The most frustrating part of Connor’s game yesterday was Weston’s second goal; he should have taken down Bray on his run and taken one for the team. However all he could manage was a half-hearted shoulder barge and let him through.

Should we be worried? No. Do we need a win on Tuesday? Absolutely. Bottom of the league beat top of the league all the time, it’s just a rule of football. Remember Carlisle away? Remember when Sunderland beat Man City? I’m confident that on Monday morning Gary will get the boys fired up for Chelmsford. Get behind the team, don’t doubt Gary’s leadership. Onwards and upwards. Keep the faith.

View from the Ed:

Ladies and gentleman of the Yellow Army we have issues. I’ve generally brushed aside previous poor TUFC results by saying “it’s a blip” and uttering other similar reassuring phrases, and although there is still no need to panic – there are definitely causes for concern and creases that Gary will want to iron out very quickly. At the back we look hesitant and uncertain, communication issues appear to lie at the root of matters – but silly individual errors are also starting to mount up. The midfield diamonds CLE and Andrews are struggling to hit the heights of previous months, with Jake especially finding life difficult out on the wing. Perhaps the winter games are catching up with them, and perhaps we need to rotate players to freshen it up? And the squad lacks depth, I think most people would agree on that. However, we also need the existing players to prove their mental strength at this crucial moment in the season. Crunch time is nearly upon us and poor performances such as these cannot be brushed under the carpet – roll on Tuesday and hopefully a suitable response. Dom

I blame @NetflixUK for today's result. Got into our heads that we're a team full of losers. Always preferred @PrimeVideo 😉#tufc #losers

The morning after the day before… 😁 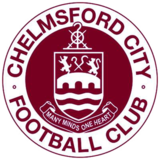 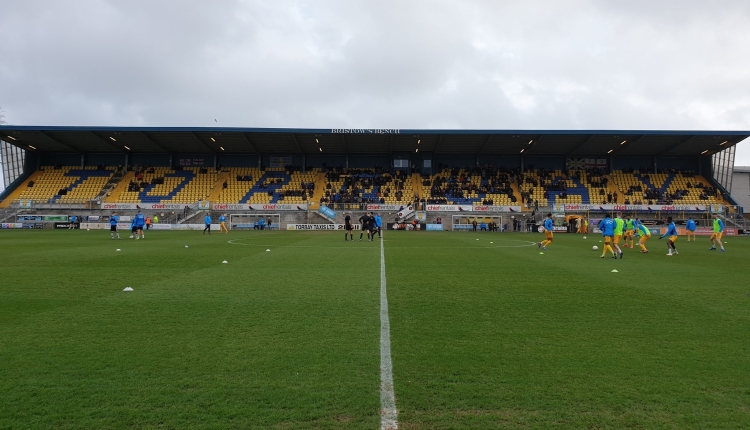