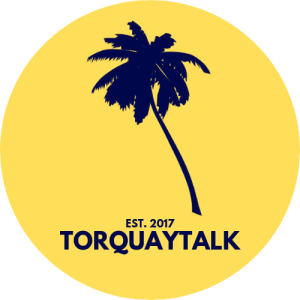 “The road to success is always under construction” said legendary golfer Arnold Palmer. This is TUFC, did you ever think it was going to be easy and stress free?? Saturday’s game was another bump in the road to possible promotion, as Welling Utd out-battled United – sometimes fairly and sometimes unfairly.

Our few losses since Gary Johnson arrived have carried some similarities. Woking, Bath City and Welling all set about disrupting our rhythm, crowding the midfield and triumphed in an arm wrestle where United have not pushed back hard enough. The other disappointment was the second half versus Billericay, a team who gave our defence something to think about and reaped a couple of cheap 2nd half goals (and a point).

The loss wasn’t without valid excuses, mainly the incompetence of the ref and his failure to dish out a red to their goalkeeper. There wasn’t even a decision to make, it 100% should have been a dismissal (see the clip below) and as John Cadigan pointed out, with no keeper on the bench for Welling it was a massive moment. Let’s face it, against 10 men with an outfielder in the opposing goal, our boys are sitting pretty back on the coach with 3 points.

Being in the NLS we have to accept a low standard of officials unfortunately, it’s the price we pay for years of incompetence and falling down the divisions. The secret is to rise above these factors and play our football. TT’s Sam Jones was angry about how route one we were and rightly so. With the likes of CLE, Andrews and Asa around we should be able to keep it on the deck and feed the strikers where they want it, namely not above their heads! It does concern me that these big games are slipping away, honestly there is no need to panic – but away fixtures against Ricay and Woking will present similar problems. We’ll need to deal with them a whole lot better.

That coupled with two Woking wins leaves us back in 2nd, but at least the matches played is now even and we have to move on quickly with games coming thick and fast. I said about home truths being handed out by Gary Johnson this week and it was very interesting to hear about an open discussion created to discuss what went wrong at the weekend. Giving the players ownership and responsibility for their failures is the right thing to do. Air the grievances, formulate solutions and work hard to achieve them – the gaffer has done this all before you know!

What’s left for TUFC and Woking I hear you ask (or not!)? Below is the fixtures for both teams, it’s not necessarily a two-horse race, but I believe the Cards are the only team who can stop us….

Our run-in looks better, on paper at least. It’s hard to see us slipping up much at Plainmoor, unless a ridiculous panic sets in! Chelmsford and Dartford might give us cause for concern, but we’ve been so imperious at home, winning seven out of seven appears very achievable. Away from home the Ricay and Woking results could define our season. Ricay’s circus has lurched from winning to losing, to winning again – whilst we always struggle to beat Woking, even when they were rubbish. A draw might be enough when we play the Cards, who knows.

Meanwhile Gerring’s bunch have a tricky looking set of away visits, including Dartford, a determined Truro side, Welling, Bath, Chelmsford and Dulwich – teams who could all turn them over on their day. Let’s hope Welling and Bath set upon Woking with the same attitude and gusto which saw them give us trouble. I can definitely see Woking dropping a number of points and just pondering over the final fixtures has boosted my confidence for what’s to come.

Sorry I mentioned Ben Gerring, I didn’t mean to it just crept out! Welling loss aside, the social media talking point of the weekend (it even tempted the HE into an article!) was Big Ben’s appearance with Woking fans singing anti-TUFC songs. I bet his manager Alan Dowson was pleased..not! The video will have been viewed by the TUFC players and surely have given the boys further motivation to take this title. It was all very unprofessional (not to mention disrespectful) from Ben, but then again he’s just a part-time NLS footballer who wants to be loved at any club who will have him.

Witnessing the antics hasn’t overly aggravated me. As ex-TUFC players go, I was never a fan of Ben during his time at the club. He was all heart, but on the pitch too slow and regularly picking up suspensions – some things don’t change! We have a pantomime villain and this behaviour has spiced up the title race further. Losing out on the 1st place to Gerring and his gang would be awful wouldn’t it – Gary and the lads better make sure it does not happen! I believe Kyle Cameron will be joining the Popsiders this weekend, now he is a centre-back I want to remain at Plainmoor for a while.

I’ll say “let’s not dwell on Woking or Gerring” but we’ll probably do it anyway! Onwards I command you to Saturday’s return to fortress Plainmoor, for the visit of Dulwich Hamlet. Hamlet have had amazing support at Champion Hill since their return a few months ago. The issues surrounding their ground seems to have only made the club and their support stronger – which is nice to see, as long as they don’t spoil our afternoon by taking any points back up north with them.

Ben and Hugo from the ‘Forward the Hamlet’ podcast have taken their turn in the TT opposition questions hot-seat. Time and again opposition supporters have been only too many to help us out, I may be going soft but I love hearing from other fans; their hopes, expectations and troubles are what make the football world go round. Watch out for the Q&A later in the week, as we cast aside our concerns and misgivings about the title run-in and get behind the lads once more. Let’s face it, with Hamlet, E Thurrock and WSM to come – we can win the next three at a canter and be back in cocky mode by the start of March. You know it makes sense!

FINAL WORD: In the early nineties there wasn’t a lot to cheer about at Plainmoor, but one man who did raise hopes (for a little while at least) was the late Justin Fashanu. Below is a link to an excellent article about Fashanu, which is well worth reading. Apart from that, the TUST Fanzone roadshow comes to Plainmoor again on Saturday, promising the usual mix of games and challenges to entice youngsters (and the occasional adult). Check it out, and make some noise at 3pm – this title is still well within our grasp. Sure things may go wrong here or there, but revel in us being in a race at the top of the table for a change and don’t let any worries about failure stop you from backing these boys to the hilt.

“As an artist, you try and investigate all these avenues of how to make a portrait, to show Justin and his life” – @colinyatesarty 🎨⚽️

Reflections and memories of #JustinFashanu on his 58th birthday, by @jonboy79 for @SkyFootball #FvH2019 🌈 #LOFC