The yellow army turned out in force at Twerton Park, but the men in yellow couldn’t match the fans effort. Bath were quicker out of the starting blocks, they were providing a lot of threat. It took only 9 minutes for Bath to take the lead, Freddie Hinds drilling an effort into the roof of the net to beat MacDonald in the United goal. It was quite a slow half for the most part after that, neither teams created any more chances of note until just before half-time. Asa Hall headed United level to make it one apiece going into half time.

Into the second half we went, and for the best part of half an hour it was all Torquay pressure, and 65 minutes in, Reid poked home a corner to give United the lead, cue pandemonium in the away end! Nine minutes later, Jake Andrews was taken down in the box, and the referee pointed to the spot. Unbelievably Andrews kept the ball and decided it was to be him to take the spot kick, even more unbelievably, he skied it.

That changed the game. Bath didn’t need a second invitation and they started to pile on the pressure, and on 82 minutes Asa Hall brought down sub Ryan Brunt. Romans captain Straker showed Andrews how it’s done with a lovely finish into the bottom left corner – 2-2. Everyone sensed a Bath winner, and in the 87th minute the damage was done, Straker’s cross was met by Ryan Brunt to give Bath a 3-2 lead. United did come close when Shaun MacDonald fired a shot towards goal from a corner but it came to nothing. 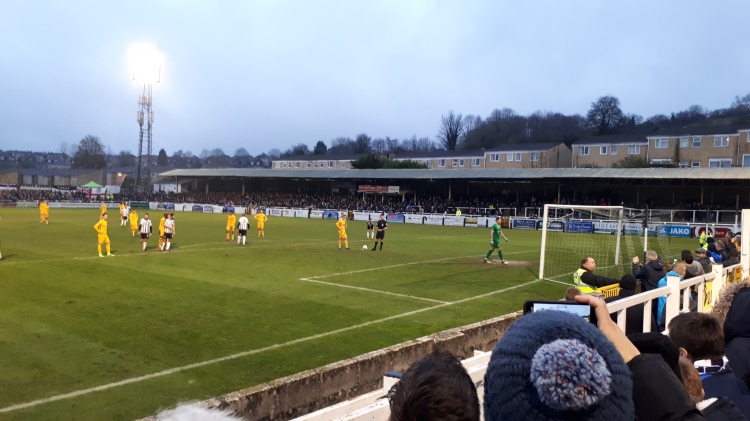 MacDonald – 6 – In all fairness, not a lot he could have done on the three Bath goals, and nearly got an equalizer late on.
Wynter – 5 – Not Ben’s best game, struggled to get anything going forward and wasn’t all that convincing at the back.
Sendles-White – 5 – Just not as good as Niate.
Cameron – 6 – Bit better than Sendles-White, but again not his best game in yellow.
Davis – 6.5 – Mr Consistent. Not a bad game, but not quite at his best, linked up well with Andrews on the left.
Kalala – 5.5 – Missed a chance in the first half, fairly anonymous.
Hall – 7 – Despite conceding the penalty, he scored to get us back in the game and generally played well in midfield.
Lemonheigh-Evans – 6 – Just not up to his usual standard.
Andrews – 4 –Lost us the game.
Reid – 6 – Lively, got a goal.
Janneh – 5 – A man in desperate need of a goal, didn’t look convincing.

Man of the Match: Asa Hall

Asa gets it for me, lead the team through tough patches of the game and got us back into it. He did concede the penalty and that really let him down. Despite this, he was the best Torquay player out there and did keep the team going.

Bath are a team that will for better word, sh*thouse wins. They played some decent stuff, and have the men to get them those wins. For a team to come from 2-1 down with 20 minutes to go against top of the league shows character, I don’t want to finish in the play offs because I don’t want to play them again!

Not a lot to say which is always good, slow giving the Bath penalty but it was inevitable.

Guess what this might be…! The penalty miss, it’s simple, if that goes in then we’re 3-1 up with 20 minutes to go. But that galvanised Bath and gave them the momentum to find the winner.

Jamie just isn’t the best CB we have. We really missed Niate at the back today. I really do wonder why we’ve allowed Essuman to leave.

Conclusion from the Ed:

“The nearer the away game the more we appear to struggle this season – Gloucester, WSM and now Bath (and no I’m not counting Truro!). Big match, big crowd, big occasion, but not a big performance from TUFC and Gary Johnson is rightly seething – whilst crowd trouble again creeped into a frustrating afternoon. The winning run was always going to end at some point – however I was annoyed at how sluggish and sloppy we were for much of the match, with Bath buzzing around us and minimising space. Saying that, once our two goals arrived then only one result looked likely. Jake is taking the blame for the penalty miss (it was dreadful as he would admit), but we still lacked the belief and composure to keep our lead – missing Niate at the back, whilst Opi’s entrance back into the fray came at probably the wrong time. Under-par and letting points slip to a well-drilled and energetic Bath City team but plenty of time to make amends – by the end of April I hope this grey Saturday afternoon will only be remembered as the wake-up call that spurred us to promotion”. Dom

I apologise to each and every one of the travelling fans that were at the game today. The penalty miss was the turning point of the game and I hold my hands up and take the blame for the result in the end. @TUFC1899

3 open goals missed (1 from a yard) and a missed pen at 2-1 up, there was only going to be one result. I don’t mind losing, but the game should have been won and over. A loss was going to come so hopefully it’s out the way now! #tufc #yellowarmy

What a fantastic advert for the Vanarama South League! Over 3500 fans, 5 goals and end-to-end action throughout! Well done @BathCity_FC for a resilient display and win! 👍🤘 pic.twitter.com/wxrXM9ZWqo 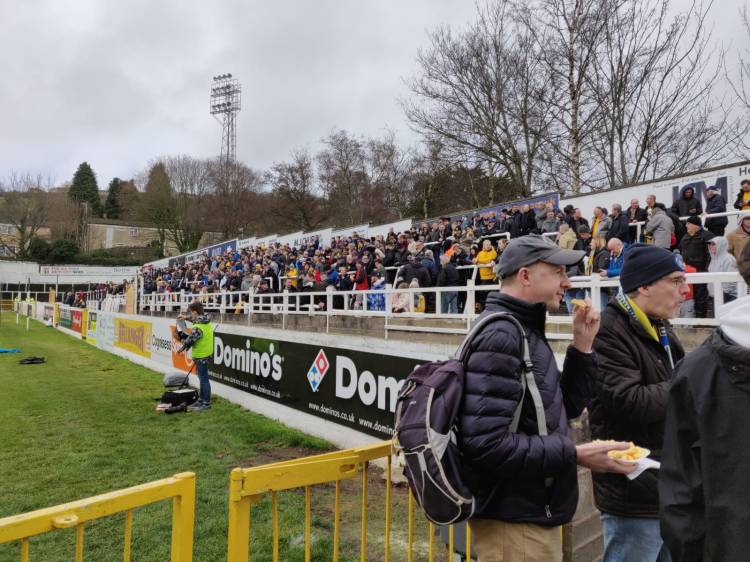