Wow, what a night it was under the lights in Dartford! There’s always been something special about a Tuesday night away game but last night was something else…another 0-2 away win, 4 straight league wins on the bounce, two cracking goals; one for Jamie Reid taking him to joint top scorer in the league and another for Ruairi Keating who deserved that goal as it’s been a long time coming – and what a brilliant goal it was! Oh and just to top the night off United went top of the National League South – the first time we’ve been top of any table since the 2010-11 under Paul Buckle.

In the first half Dartford looked strong, caught us on the break numerous times, especially with their strong and fast forward Oyenuga, and got behind our defence on numerous occasions. Early chances included a shot from Oyenuga which flashed across the face of United’s goal mouth and a shot which eventually was blazed over by Dartford’s central midfielder Noble. The biggest chance of the game came when Dartford again broke free down the left hand side and had a shot which was somehow amazingly cleared off the by Kyle Cameron with a backwards header and then another follow up blocked by Niate until it rather gracefully fell into Bass’s hands. United had a few chances in the first half, one from Kyle Cameron from a corner and another from Jake Andrews which he wasn’t able to reach enough to make decent contact. But despite some sloppy defending and being caught out at the back, United held firm and defended resolutely when called into action in their own box. Dartford looked a threat going forward and had caused United’s attackers difficulties as well, with captain Bonner and rest of the backline doing well. Despite this, United went into HT at 0-0 and were lucky to be level, but knowing they were still more than in the game.

Second half United had loads of possession but were not able to make it count until 71 minutes on the clock when Ruairi got a ball from Jake Andrews which was flicked on by Jamie Reid to the far post. Keating struck it first time with a pinpoint thunderbolt strike into the roof of the net and it was far too powerful for Vose in the Dartford goal to handle. 0-1 United. United could have already been 2-0 up, when Reidy hit a sweet low striker down the keeper’s throat. But minutes later the goal came after United defended well at the back blocking off attacks and Niate managed to find that man Reidy. Jamie took a touch, manoeuvred the ball pass his man and unleashed a left footed low drive to the keeper’s right – game over! The last few minutes were pretty standard for the yellows with Alex Bass dealing with any threat comfortably. So we go away with another 0-2 win and to be top of the league 3 months after Johnson arrived is nothing short of a dramatic turnaround.

Alex Bass 7 – A lot of pressure on Bass considering how well MacDonald has been doing. But he proved why he is just as good by doing a professional job. He came out and claimed and kicked the ball when he needed to, didn’t make many saves but was calm and carried out the job well.

Ben Wynter 6 – I thought Ben got caught out a fair bit in the first half, but he came out stronger in the second half and defended well when Dartford began to tire.

Liam Davis 7 – Liam had a good game, played some nice stuff with Kalala down the channels and was accomplished at the back with some crucial tackles.

Jean-Yves Koue Niate 8 – Had a very good game in my opinion. Won most balls in the air, blocked a number of shots and assisted Reidy’s goal.

Connor Lemonheigh-Evans 7 – Made some good runs in the middle and has an outstanding work-rate but was kept fairly quiet by the Dartford team until the closing 20 minutes.

Jake Andrews 7 – Jake’s free-kicks were not as good as in previous games, along with some miss-placed passes. He did though help create Ruairi’s goal and his constant work-rate and determination bumps up his marks!

Ruairi Keating 8 – Another hard-working performance from a guy full of energy. A brilliant and deserved goal for Ruairi.

Kalvin Kalala 8 – Another exciting performance from Kalvin with his pace down the wing. Couldn’t quite get behind the Dartford defence, but the goals are not far away for this lad.

Jamie Reid 8 – Jamie had some sparkling moments which he created from nothing in the game and was full of confidence and energy plus yet another goal – this time with his weaker foot.

Saikou Janneh 7 – Industrious, especially in the last 20 minutes down the right hand side.

What a man!! EEE I ADDY OH UP THE FOOTBALL LEAGUE WE GO #tufc #Reidy #Gullsaregoingup https://t.co/kg6NhpxCPU

Man of the Match: Kyle Cameron

Just an excellent player really and becoming an excellent captain. Has the full range of attributes for a centre-back at this level and maybe even a couple of levels above.

Shaun MacDonald – despite not playing, Shaun didn’t sulk or hide away after the final whistle, instead he was one of the first to come over and clap the fans. He knows he’s a part of this promotion push and he is a passionate and excellent keeper.

United played a rather simple 4-4-2 formation with as per recent games, with Keating and Kalala again on the wing and charged with supporting the front two. 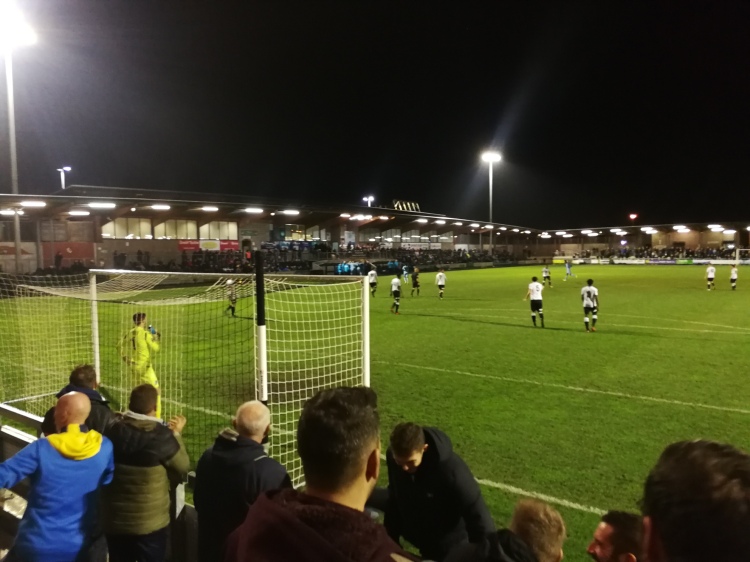 Certainly had some good players – Oyenuga was especially lively upfront, captain Bonner was solid and Noble in midfield had a good game. Was surprised not to see the likes of Sheringham, Sam-Yorke or Philpott play for whatever reason. Had some good banter with the opposition keeper as usual, although it did take him until half-time to crack a smile!

Steven Hughes had a decisive game for the majority of the match, with only some minor problems early in the game with debatable fouls. A solid display.

Got to be when Cameron and Niate blocked three goal bound shots to keep the Gulls level, after that our confidence built and there was eventually only one winner in the second half.

Reidy has now scored 13 goals already this season, more than double his tally for last season – and 16 goals overall. Keep it going Reidy!

United withstood some early pressure and then turned on the style in the second half, taking advantage of Dartford tiring and scoring two amazing goals. Another crucial 3 points in our promotion push. The yellow army were again excellent, and a big shout-out to the travel club. Oh and one more thing…we are top of the league, say we are top of the league! 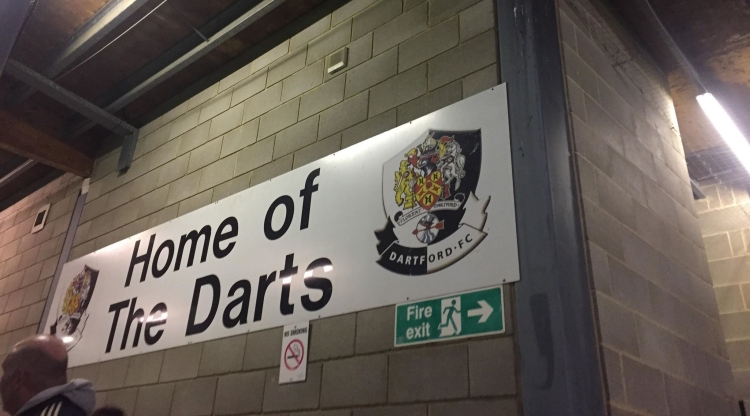 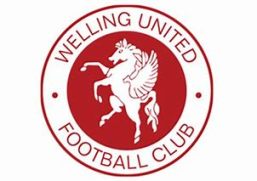