Amidst appalling conditions, a promising performance from the Gulls earned them a hard-fought point at The Shay, giving Owers and Kuhl a myriad of positives to build on; not least the fact that their team are off the bottom for the first time. After going behind to a scrappy goal, Torquay responded well with a sharp Jamie Reid finish to equalise. 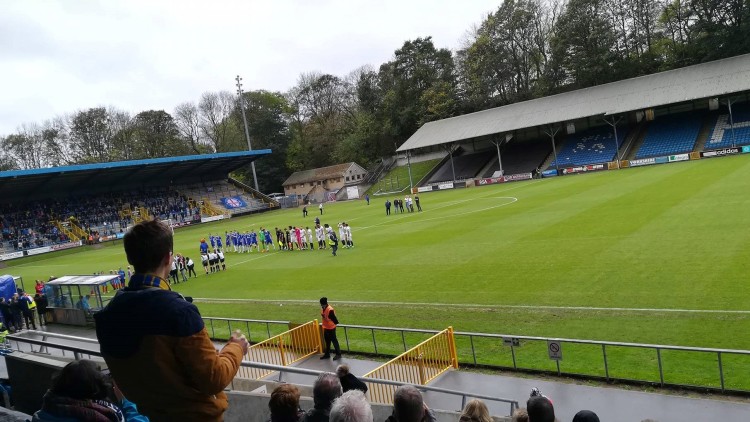 Torquay – in white shirts; shorts and blue socks – were slow out of the traps, and an organisationally sloppy piece of defending meant that Michee Efete’s last-ditch sliding tackle was crucial in keeping the Shaymen out. However, the Gulls did not learn from their mistakes, and this time it was Liam Davis who saved his back five with a similarly impressive sliding challenge.

From then on, apart from the occasional flurry of Halifax corners, all of the first half chances fell in Torquay’s favour. These included a long-range shot from Rhys Murphy; a beautiful low ball from Davis which presented Higgins with the best chance of the game (but he decided he wanted to flick the ball goal-wards in a Cruyff-esque manner, only to miss it completely) and a neat piece of play which resulted in a clever Higgins cut back for Murphy being just cut out by a Halifax defender.

The Gulls’ tactic of long balls with the wind up to Reid was particularly ineffective, and it appears clear that either this ploy needs to change, or we are very much in need of a centre forward who can pose an aerial challenge to the big back four brutes in this league.

Owers’ men got off to a flyer in the second half, with United holding most of the ball in the first ten minutes. Mention must go to the early interplay between Young, McQuoid, Murphy and Reid who all looked at their brightest in this period. Indeed Torquay’s best chance of the half fell to Davis who had marauded forward, but found himself just off-balance when trying to convert a through ball from Murphy. Despite these sparks of intelligent build-up, the Yellows often seemed to struggle to find the cutting edge.

Salt was rubbed into this wound in the 68th minute, when a nice piece of headed skill from the Halifax number 7 left Higgins for dead in the inside left channel, he stood a seemingly aimless ball up into the box. The first header was cleared off the line by Gowling, but the rebound was converted by debutant George Waring. There was a familiar feeling of doom among the 145 travelling fans, compounded by consistent threats from Halifax’s nippy winger, Matty Koyslo.

The feeling was soon dispelled however. Three substitutes watched on as Young’s corner was met by McGinty at the near post. Many of the men in white thought the ball was dead as it was on its way past the far post, but the ball fell to Reid who converted neatly from a tight angle.

Koyslo’s threat was not spent and a few of his mazy dribbles had the Gulls gasping. Indeed the last ten minutes was the first spell where Halifax used the wind to their advantage. A very late header from a blue centre forward looked destined for the bottom corner, but thankfully drifted just wide. In the end, United probably deserved the three points more than Halifax, but a draw was not an unfair result.

Man of the Match: Michee Efete

Although at times Torquay’s defence looked characteristically shaky, I noticed marked improvements. For me, the best of the five was Michee Efete, closely followed by Gowling.

Although not flawless with the ball at his feet, the Norwich loanee’s driving runs caused the Shaymen some serious trouble and kick-started some of United’s best attacks. This coupled with his early but crucial last-ditch challenge, earns Michee my MOTM. If we were to play four at the back later this season, I’d really like him to take McGinty’s place.

I was almost heartbroken to hear the (since disproved) rumour that Josh Gowling had handed in a transfer request, because he really is the glue that our back-line needs. Not only did he put in another great defensive performance in tricky conditions, he had the decency to shake the fans’ hands after the game.

As someone who exchanged some choice words with him after the Woking game, I know how much of a top bloke he is, and he deserves recognition for being defensively crucial and perfect captaincy material.

Despite what the official Twitter account said, it seemed to me that we were playing a 5-2-1-2 formation. That saw McQuoid in the number 10 role, in front of Evans and Young.
This is obviously a new set-up, which I feel worked relatively well against a tough team to beat. That said, going forward Davis seemed woefully inept in the opposition half, but the width that he and Higgins provided pleased me.

Halifax are not a bad side. As their record shows, they are very well-organised at the back, but do not pose a great threat going forward. I’d argue however, that the best two players on the pitch today were wearing blue: Oliver and Koyslo. I was impressed by Oliver when he played at Plainmoor last season with North Ferriby. As a big, strong midfielder with a very good right foot, he strikes me as a good Simon Heslop – arguably exactly what we need.

Koyslo too, was by far Halifax’s most threatening player. It was obvious that United’s back five were very uncomfortable as soon as the ponytailed winger got on the ball, and he’ll feel hard-done-by that he came away without three points or a goal to his name. If I could give him the man of the match, I would.

Referee Simeon Lucas, only really had two big decisions to make – both of which came in the first half and were given in Halifax’s favour.

The first, a call for handball against the opposition goalkeeper who the fans (and the TUFC coaching staff) had adjudged to have carried the ball outside his area. From my angle, it seemed they were right, but Lucas had a better angle than all those complaining. Nevertheless, you only have to scan through Twitter to see what the Yellows faithful thought of the decision.

The second followed Josh McQuoid’s shimmying run between three defenders. The Luton loanee then went down, very softly from my perspective. That said, Murphy had won the Gulls a free-kick just minutes before from similarly minimal contact.
Overall, although at times it seemed every decision was going against Torquay and there was some inconsistency in his judgement of aerial battles, I feel the referee had a reasonable game.

There was no real turning point in this game, but it really picked up in intensity after the opening goal. Not only did it ignite Halifax’s confidence, it also meant the Gulls had to come out of their shells a bit, and the spell between the goals was the most exciting of the match.

Special mention should go to the ball boy’s moment. After running up to the top of an empty stand to retrieve a ball, his drop-kick rebounded off the top of the stand and landed behind him. Then, he slipped at the top of the steps. As if he didn’t care, the youngster still returned the ball to Dorel (this time with a throw) with a smile on his face. Not a job I’d want to have on a very wet, windy and cold North Yorkshire afternoon.

It’s hard to criticise players after a half-decent result, but I feel implored to mention the abysmal performances of Ryan Higgins and Callum Evans. I lost count of the times these lads failed to control the most basic of passes. Yes, the pitch was wet in the second half, but the most glaring of these errors came before the break. It astonishes me that players with such an atrocious first touch made it through professional academies.

As I live in York, I sort of cheated on this away day, because it was only an hour’s journey for me, and special mention should go to the Yellows who came up from Devon.

However, Storm Brian did the town of Halifax no favours, making it look particularly desolate, but the pre-match pubs seemed full (possibly because people wanted shelter) and friendly.

The Shay plays right into the hands of the “Your ground’s too big for you” song, and the atmosphere suffered as a result of only 50% of the stands being open. 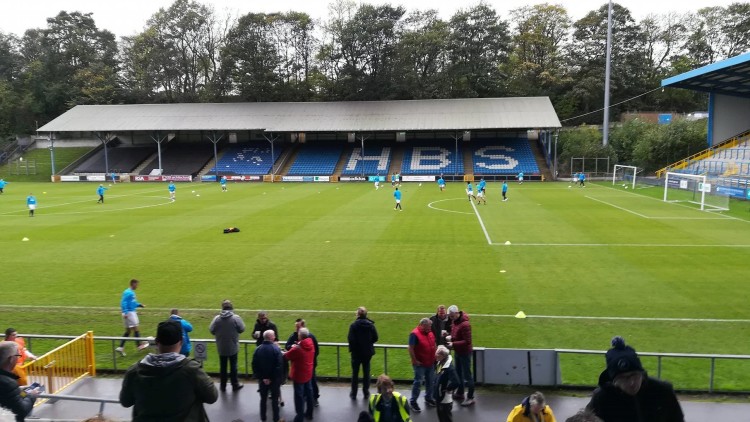 Both sides, and the game itself, suffered in the hands of the weather today. Neither team was good enough to make the wind work in their favour and there was a distinct lack of quality throughout. I’d say that Torquay were the better team overall, but Halifax didn’t deserve to lose and United didn’t do enough to win.

I came away from the ground with a sense of relief and joy that we’d got the draw. This probably reflects how painfully low my expectations of Torquay are at the moment, but Halifax are a proper tough football team and games in those conditions against those sorts of teams are games that we usually lose.

Overall I take away more positives than negatives and back us to win at Ebbsfleet in midweek.

Well done Reidy- a small step in the right direction, Owers still searching for a winning formula though https://t.co/710ggW0HYY 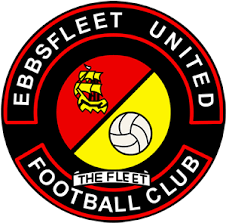