The TT Groundhopping series continues as Luke Hunter talks us through his away day at Chorley FC:

I’ll address a degree of author-bias from the outset, if I may. Primarily I’m very much a ‘one-club man’ but I do hold some affection for Chorley, much as I do Wigan. It isn’t quite the nearest non-league team to my childhood home (Charnock Richard FC, if you’re interested #uptheservicestationmen) but it is a club that over the years, I’ve looked out for – as we all should with our local teams.

On the occasions myself and Hunter senior are gifted an afternoon at home together without the pleasure of Torquay United or the other mundane pastures of life, we cross the Wigan/Chorley border (the second most militarised in the world) and head to Victory Park. It’s very much a place we enjoy going to and I’m certainly an advocate of the experience. Given that, I’ll resist easy slanders like ‘rabbit hutch’ which may have otherwise slipped into my description had this been Barrow, for example.

In complete contrast to the Premier League’s endless quest to embody Narcissus, Chorley have created a modest environment where football in the traditional sense is alive, welcoming and affordable. It’s a necessary diversification in a region where the game is incredibly saturated with both big traditional town teams and global superclubs, it is not easy for the little guy and arguably less so for their supporters – I say so from the experience of having lived here as a yellow.

Ten years ago, I would never, ever have believed I’d see Torquay compete at Victory Park as equals. In fact, I only ever recall hearing about Chorley locally as the recipient of countless break-ins or from my old P.E teacher who used to play for them. They’ve put themselves on the map for the right reasons and in the right way, and it is great to see.

This was my first experience at Victory Park as an away fan and although the familiarity wasn’t lost on me, I was able to enjoy the day slightly differently. My dad works nearby and at the last minute sourced a hospitality package from a mutual sponsor; food and drink included – happy days. My dad joined, as well as two long-standing Wigan supporting friends from home, who I often share matches with. The package paired us with two other Chorley fans of 50 years.

After a warm-up pint in our local, we made the short drive along Preston road and arrived at the 1883 (the year club switched from Rugby to Football) lounge, a really intimate venue that hosted a range of groups. Torquay were represented by ourselves, a group from the Wirral and a gentleman from Blackburn: Torquay fans do get around. I was similarly fortunate to end up with a hospitality experience at Sheffield Wednesday in October and I’d argue that Chorley far exceeded it. Dietary requests were matched trouble-free, pints were aplenty and the compare drove a fantastic atmosphere, particular when he found out where we had travelled from. Thirty minutes before the game, Chorley manager Jamie Vermiglio delivered a short and humble preview to the crowd. He was understandably delighted at the news of Reid’s absense, which had just broke, but was under no elusion as to the gulf between the the two clubs and their infrastructure, plus seemingly what a challenge today would be – how wrong he was.

As the National League North play-off trophy circulated the clubhouse, it served as a reminder to me that this was a match of two newly promoted sides, which given our relative backgrounds, is in itself easy to forget. Stepping out pitch-side, Chorley’s humble beginnings are inescapable. Victory Park has barely changed over the years with shed-like stands at either end, a grandstand similar to Plainmoor’s past on the dugout and an open plan with a small seated platform opposite. The footprint is hugged by a nursery to one side and terrace houses to the other. The spectre of the Morrisons Chimney – a poignant landmark of the town over the years – shines down like the light at the end of Gatsby’s dock. 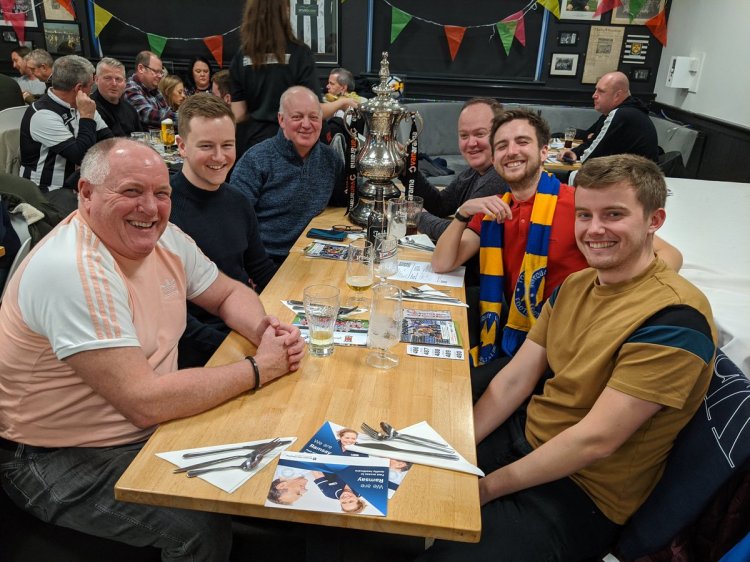 If I could offer one criticism of the day (minus the game), it was the need for this match to be segregated. The stewarding was poor and a pretty needless atmosphere developed around us as a result. At one point, a cretin infront took a break from chanting “Chorley agro, Chorley agro” to tell us to “fu*k off the other side, this is non-league” a point his steward had already made with (marginally) more diplomacy. I’m stubborn at the best of times but our response to both was fair – there was just as many Chorley fans on the other side. This didn’t resonate with his brain cell and he decided after the goal to get a little bit pushy. His intellectual capacity really exceeded itself when he tried to mimic our so-called ‘southern accents’ – again, the reality of our Wiganese tones need not get in the way of the truth. It takes all sorts, I suppose…

The atmosphere otherwise was lively. We had travelled well, no doubt boosted by ‘new ground’ syndrome. Chorley were in fine voice, which is always nice to see from a home crowd. That being said, their chants were a little bit strange – it’s debatable whether we were ever famous, if Prince Andrew is indeed one of our own or finally, whether we shag sheep. I can only assume these people have never been to Torquay.

The 90 minutes will ruin the day if I dwell on it too long, but we were really, really, really lacklustre – I’ll leave it to the TT reporter to elaborate. Post-match, we returned to the clubhouse for one last bashing from the compare, a game of “play your cards right” and a final pint. Woking and Maidenhead was just beginning and it was more than we could handle for the day. Twenty minutes later we were home, having a curry and dejectedly checking scores and bets – if that isn’t what football is all about, then I don’t know what is.

Whether Chorley can survive this season remains to be seen, but whatever the case their approach off the field should be applauded. It’s not one of over-extension or unreachable dreams from unsustainable methods. They’ve been ambitious, but not to their detriment. Victory Park may never have a 10,000 gate, double up as a multi-purpose sports arena or even have a brick toilet but that’s all okay. I love clubs like this, they’re the lifeblood of the game.

*If you haven’t seen Phoenix Nights/Max and Paddy, please do so immediately. 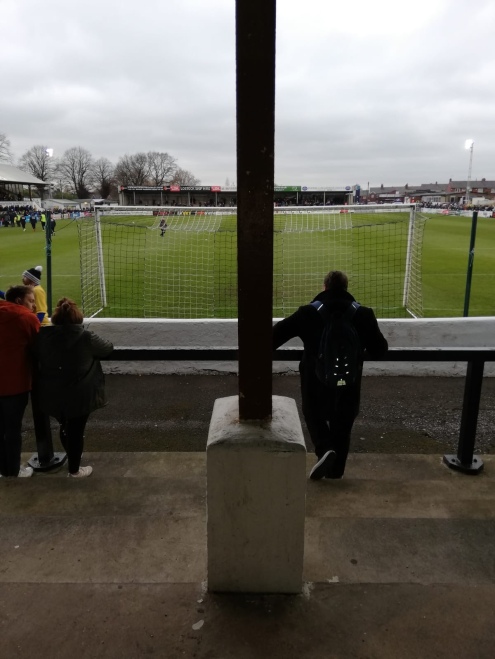